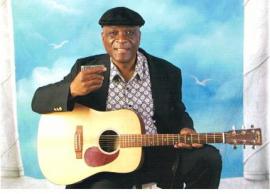 Harmonica Hinds has performed in the Chicago land area since the early 1970s. He performed in the house band at Theresa’s Lounge. Other members of the band included Junior Wells, Sammy Lawhorn, John Primer, Earnest Johnson, Nate Applewhite and Muddy Waters Jr.

Harmonica Hinds has many friends and acquaintances in the blues community. He has shared the stage with Pinetop Perkins, Willie “Big Eyes” Smith, Louisiana Red, Louis Myers, Dave Myers, Willie Dixon, Magic Slim, Fred Below, Willie Kent and a host of others.

Harmonica Hinds continuously performs solo(with guitar and harmonica on a rack), as a duo(when he'll have another guitarist accompany him) or with his band throughout venues across the Chicago land area. He can  be seen on a regular basis at Buddy Guy’s Legends. His performances remain up-beat and soulful. He remains vibrant and enthusiastic as he sings tunes heavily influenced and taught by Little Walter, Louis Myers, James Cotton, and Sonny Terry.

Any question, don't hesitate to use one the methods bellow to contact us.

THE SOUTH SIDE OF CHICAGO

Recommend this page on: